The wood-carver from Bereg used the leaves of European Birthwort to heal his serious hand injury, just like he learned from his mother 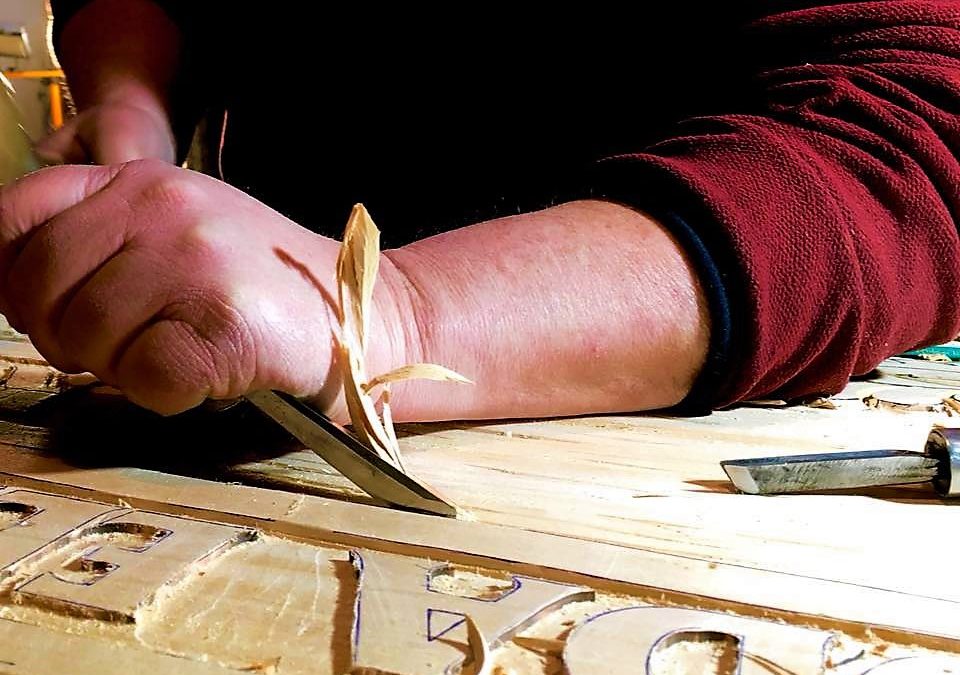 What would you do if your freshly operated fingers that you cut with a chainsaw, suddenly swollen up after getting home from the hospital? Most of us would run back to the doctor asap. I would too. János Jóni wood-carver in this extraordinary situation, he didn’t want to take the trip from Nagydobos to the closest hospital, instead he started pouring a concoction on it – despite what the doctors told him – made from the leaves of european birthwort, like he saw from his family during his childhood.

According to him, the recommended medical therapy wasn’t efficient and quick enough in his case. Even tho he followed the prescribed treatment, two hours after getting home from the hospital, his hand would inflame, followed by an unbearable swelling.

Attention! The following article describes real events, but doesn’t encourage anyone to try to replicate them! Medical instructions from doctors should be followed in all cases!

“I was working on a very old log with a chainsaw disc, imagine it like a metal cutting disc outfitted with a saw-chain on the edges. The tool hit two of my fingers and tore whatever it could. My only luck was that it didn’t completely cut my fingers. They quickly operated on them in the emergency room, once done I’ve got professional medical attendance, and let me go home. For further therapy I had to go to the closest hospital to my hometown, everything was fine here, I’m indebted to the workers here.

One hour after the first time they changed my bindings, my hand completely swollen up and inflamed. I wanted to go back to the doctor who operated on me, but because I couldn’t reach him on the phone, I didn’t wanna take a long trip that could’ve been pointless. I told my wife that we are not gonna wait around anymore, let’s pick some european birthwort and make a concoction from it. Once done I’ve started soaking my hand in it, and after it cooled down I’ve started to use it – I emphasis, at my own risk – as an “additional therapy” on my wounds. I poured the concoction on the open wound for about 15-20 minutes, then took 2-3 leaves and put them directly on them. An hour later, even after the first treatment the healing of the wound was visible, the outcome was far better than I’d expected. I’ve continued with the treatment for 3-4 weeks 2-3 times a day, before the wounds healed completely.

I’ve just mimicked the use of the concoction as I’ve seen my mother do it when I was a child. The way you make it is very similar to a regular tea: take about 2.5 dl of water and put 6-8 or 10 leaves in it. The main difference is that you boil the water for a few minutes while you let the leaves soak in it, and then wait until the whole thing cools down. You could use it 5-6 times a day if you want to on any wound, or as many times as you prefer. I’ve also upgraded a bit. A bought a syringe, that I used to suck up some of the ready liquid and pour it on the wound. I’ve put a big bowl underneath my hand, so the used liquid can collect there. I’ve never reused the fluid, I always made a new one once I’ve run out. After this I’ve made a big bowl every morning and I used this for the whole day, so I wouldn’t have to make a new one each time. Sometimes I made a liter during the morning and used it as long as I could.

In my experience the healing is faster if we put the leaves directly on the wound after cleaning it. The parched leaves help with both the inflamed areas and getting rid of the ooze, I change them every 2-3 hours. Don’t be afraid of it. My wound is healing really nicely, I think I can get back to work pretty soon.

As far as I can remember and from what my older relatives told me, using this method to cure wounds, would help the healing process without any side-effects. It could be used for even rotten wounds or ulcers. As a child I’ve always had a few new bruises and scratches, I was a boy after all…

It’s good for wounds and bruises, but do not drink it! (Note: The acids in the herb are proven to be carcinogenic ) For external use only!

I was lucky, because we were able to pick the herbs just in the nick of time, more prepared people collect them during the summer or autumn. After that they try them out, and put them away for the winter.

My plan is that during the spring, I’ll dig up a few birthwort roots and plant them in an area that isn’t sprayed. I’m hoping this way It’ll be within arms reach during the whole year, for us and our friends, in case we need it.

I can’t emphasize enough: Don’t drink the brew of birthwort! It is poisonous!