Papa and the planta tea 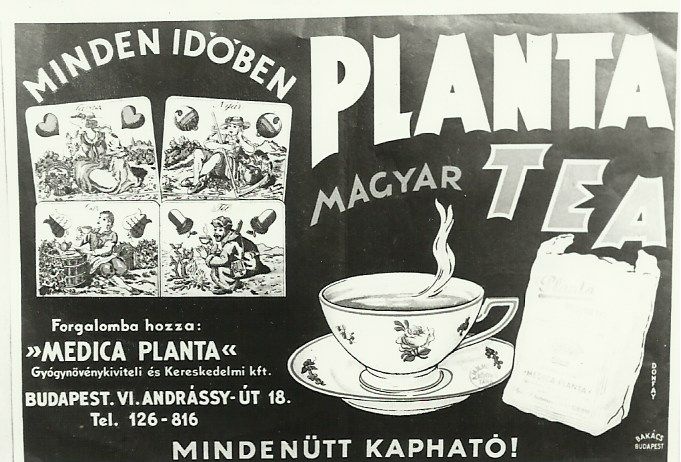 Papa is the grandfather of many. Other than the blood relative grandchildren, several more kids had the opportunity to participate in the summer camp he organized. On these trips they explored the countryside, while doing clever and tricky tasks. His knowledge in history is unquestionable, he had the ability to tell stories about battles, queens and intrigues in a way that was enjoyable and exciting to even the smallest of kids, several of whom have become lovers of history themselves. He is not a sentimental person, his ability to find our skakyest, most sensitive spots when we are thinking about setting out on a new course is unmatched. When I told him about my plans with herbs and he told me very emotionally “Please make me a Planta tea, it would be wonderful to taste something from my childhood”, I knew I was on the right track. The only thing I had to figure out was what Planta tea is…

A never ending argument has begun between him and his wife Marcsi. Papa said that in the ‘50s you couldn’t get any tea leaves so instead people invented the Planta tea, which was the mix of the leaf of a few different herbs, including a certain type of blackberry(Rubus fruticosus). These were the ingredients of his favourite tea during his child, and ever since nobody managed to reproduce it. In Marcsis’ opinion, Planta teas’ history goes way back before the ‘50s as you can find songs about it in old hungarian films like this. Marcsi – as opposed to Papa – hated Planta tea.

There are several forums on the internet where the majority opinion is that tha main ingredient of Planta tea is the leaves of London plane trees, but most people quickly dismiss this notion. I’ve quickly found out that it’s not a tea leaf mixture, but fermented blackberry leaves were used to replace black tea leaves which was in short supply those days, this is what they’ve called Planta tea.

Several people above 70 confirmed to me that during their childhood, they too had Planta tea and it was more common for those living in bigger cities then for the ones who have spent their early days in the countryside.

Sadly it seems like no one is making Planta tea any more, but the author Erdőkóstoló blog wrote about his self made Planta tea:

There is no other way, we are going to organize several trips during the summer with Papa to collect blackberry leaves, and we’ll keep experimenting until we find that perfect taste from his childhood.